The birding world puts on a quite a show in autumn. Birds by the thousands migrate southward out of Canada through the United States, pouring into Central America. We are the lucky spectators who get to watch this lavish display. More easily seen, and more breathtaking, are the migrations of birds of prey. Here’s more about this watching incredible spectacle.  Migrating birds travel along both coasts of North America, around the Great Lakes, over the Great Plains, down the Appalachians and the... more

Ready to engage in some dragonfly watching—or, should we say “dragonfly chasing”? Join an intrepid dragonfly chaser and admire some close-up shots of these colorful insect helicopters. In the old days, any person in a public park throwing their arms and running back and forth might have been seen as a mad scientist hard at work. No longer. Now that same person may be simply a well-balanced multi-tasker with a telephone the size of a thimble implanted in one ear, carrying on high-level... more

Ki-deah! ki-deah! You’re bound to hear this loud, piercing bird call before you see the small graceful bird flying above. The bird is called the killdeer and it can be found all over North America from spring onward. Learn more about the curious killdeer, its famous “broken wing” display, its nesting habits (what nest?!), and its unusual call. Where They Live—Everywhere! The Return of the Killdeer may not be Hollywood-sequel material, but for those who keep a close eye on their local baseball... more

A Spring Song: Wood Frogs, Peepers, and a Frog Chorus

The wood frog, which literally freezes its body, comes back from the dead. The spring peeper calls out at the end of winter. Learn all about our fascinating frog friends—and listen to their calls! How Wood Frogs Freeze Their Bodies Every year, the wood frog comes back from the dead. Not in the sense that it appears again after a long absence, but in the most literal one: an inanimate, mostly frozen object, which has ceased to function, is suddenly resuscitated into being. How does a wood frog... more

On a sunny day in early spring, the male bluebird goes looking for the perfect nesting site. Instead of building a traditional nest, these plump little thrushes commonly find nest boxes as well as old woodpecker holes. Let’s go house-hunting with this most charismatic of thrushes. Along with the plip-plip-plip of sap in the maple buckets, another sound brings the walker to a halt. Bluebird! Henry David Thoreau, who heard it all before us, called it a song that “melts the ear, as the snow melts... more

The raven has been described as a “grim, ungainly, ghastly, gaunt, and ominous bird of yore” (to quote Edgar Allan Poe). The bird’s bad reputation—as a bringer of death and dark omens—couldn’t be more wrong. Enjoy these surprising facts about ravens from naturalist Henry Walters—and let’s redeem the raven! Redeeming the Raven, Evermore So I hear you’re looking for a life coach. You know, somebody to straighten you out, get you back on track. Somebody who won’t mince words when you need a tongue... more

November the first. You’ve unmothballed your winter sweaters and laid in a supply of hand-warmers. Outside, what are the wild ones up to? How do animals prepare? The snowy tree cricket’s song is slowing down. The colder the weather, the slower the beat. If you don’t have a thermometer handy, that snowy tree cricket will do just as well: count the number of chirps it makes in fifteen seconds, and then add 37. That’s the temperature, in degrees Fahrenheit! The ruffed grouse is busy growing... more

Native to the Arctic regions, we do not see the stunning snowy owl often (Harry Potter movies, aside). But once in a while this rare visitor from the tundra will migrate further south. Where Snowy Owls Migrate Snowy owls are an irruptive species, meaning that where they migration depends on their varying food supply from year to year. The owl’s movements seem to be tied to the availability of two rodents, the brown and arctic lemmings, sweet, pocket-sized, gerbilly creatures whose populations... more

I was given a magnifying glass for Christmas. It’s a fine brass one, with all sorts of knobs and moveable parts. It’s like having a brand-new eye. Beneath it, a fingernail suddenly has texture. The wrinkles around one’s knuckles look like almost legible handwriting. An hour might not be too long to spend studying them. The tiny hairs on the back of the hand are turned into a dry forest, each bowed and bent the same direction, as though blasted by a prevailing wind.  What else can we train the... more

Summer’s on the wane, and yet it’s hard to put a finger on how we know, exactly. Like a moon one night past the full, there’s a sliver missing, a little nibbling at the edges of the season. Even as the apples hang heavy and the air sharpens on the smell of wild grapes, summer’s riot is pared away. Is it a rattle in the oak leaves, frayed and leathery, when the wind blows? Or a dryness in the roadside flowers, the thirsty look of the goldenrod, the calico asters? Or a new nameless taste in the... more 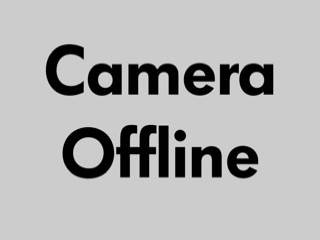